Adding value from coast to coast

Fueled by an entrepreneurial spirit and focused on continuous improvement, each of The Johnson Group’s companies achieves results by capitalizing on the power of potential. 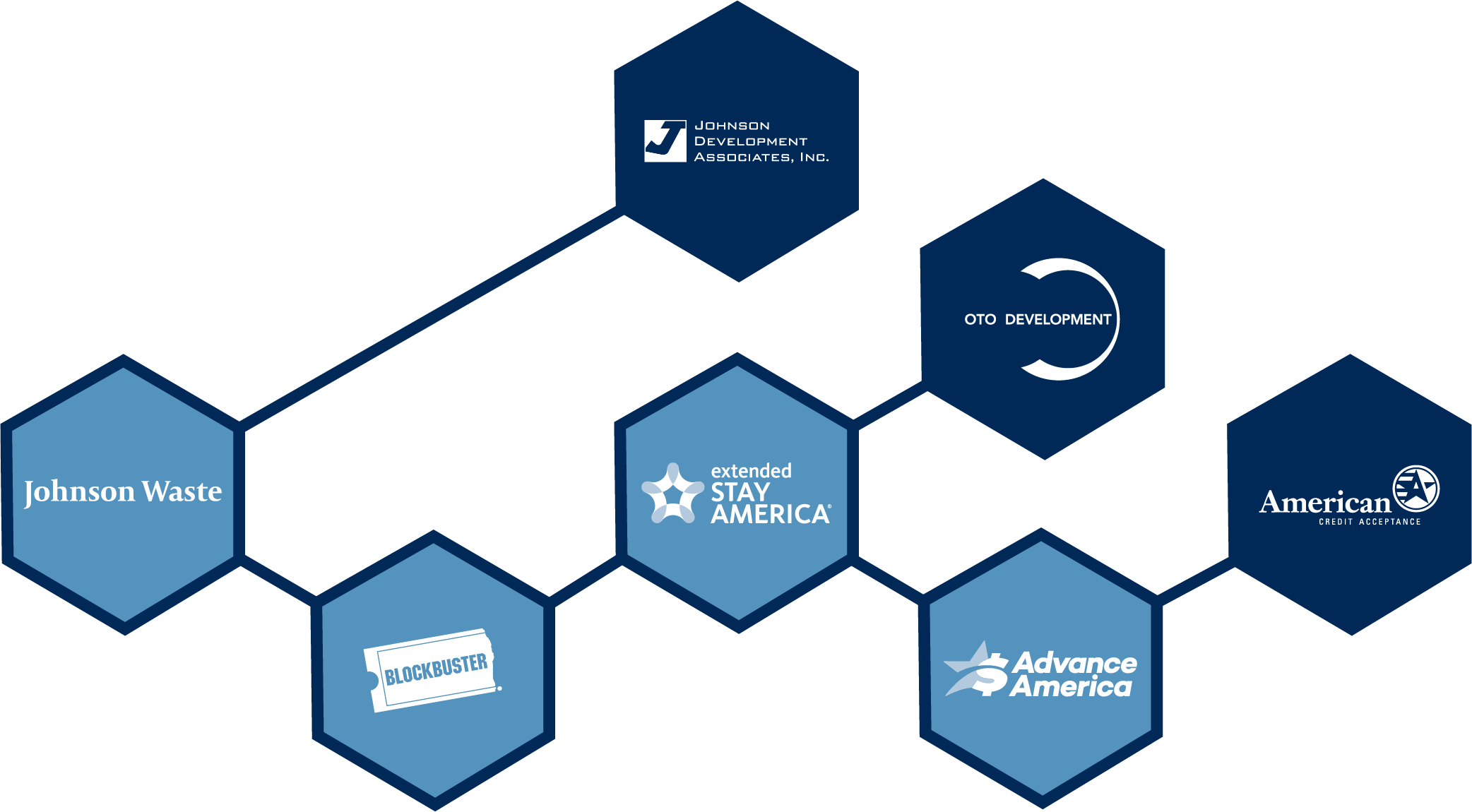 The history of The Johnson Group began with Johnson Waste, a small business founded by George D. Johnson, Jr., and his brother, Stewart, in 1974. Johnson Waste was later purchased by Wayne Huizenga and Dean Buntrock of Waste Management. The strong relationship formed during this acquisition proved an essential catalyst for growth. Good partnerships would prove to be essential to the success of The Johnson Group and would later lead to the formation of five different companies over the next four decades.

In 1985, Huizenga bought Blockbuster Video – then an 18-store chain – and contacted George Johnson about franchising the concept. Beginning with just three stores, Johnson became the largest franchisee of Blockbuster in less than a decade, with 208 stores from Texas to Virginia. Driven by keen insight, the exponential growth of Blockbuster and its recurring revenue model became a prototype for success. The move underscored the importance of taking calculated risks with the initiative to act quickly and realize opportunities with huge potential.

Following the sale of Blockbuster to Viacom in 1994, Johnson, Huizenga and their Blockbuster development team identified an opportunity and founded Extended Stay America (ESA), a first-of-its-kind concept providing long-term, high-quality affordable lodging. ESA became the fastest growing company in lodging, developing more than 475 hotels over a nine-year period. ESA went public on the New York Stock Exchange before being sold to Blackstone in 2004. With a similar growth model, Advance America was also founded by Johnson. Advance America ultimately opened more than 2,200 locations and went public in 2004.

Today, The Johnson Group continues to create lasting value with three primary operating companies. Building on a legacy of past success, Johnson Development Associates (1986), OTO Development (2004), and American Credit Acceptance (2007) are all poised to capitalize on future opportunities. Nimble, privately held, and well capitalized, The Johnson Group is fueled by exceptional talent and driven by a core set of Guiding Principles that continue to deliver superior long-term results.

What we are today

Our experienced leaders and driven team members share unparalleled vision and commitment to success across industries.

Who we are today

The Johnson Group companies share a deep commitment to our six Guiding Principles, which shape all business decisions and strategies.

Where we are today

We are proud of our growing national footprint and proud of our roots in Spartanburg. The city is home to our headquarters, our founders, and hundreds of our team members, and the Johnson family is deeply committed to its continued vitality.

Key projects and partnerships across the United States